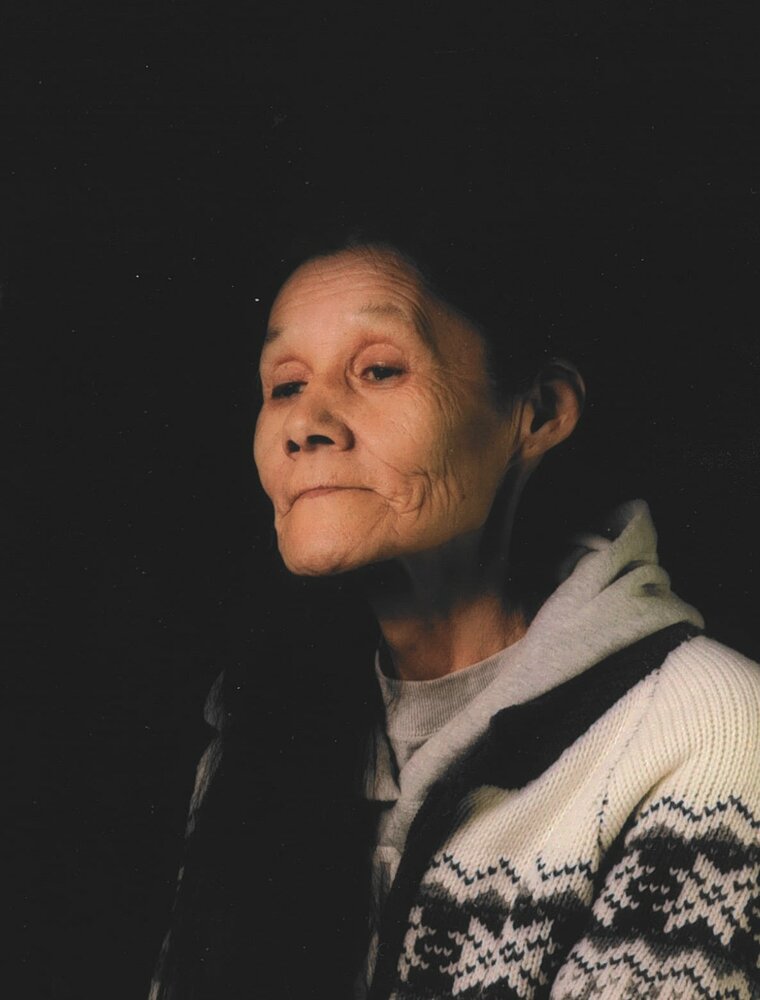 Please share a memory of Ernestine to include in a keepsake book for family and friends.
View Tribute Book

On Thursday, December 1, 2022 Mrs. Ernestine Vivian Dion of Kehewin passed away at the Elk Point Health Care Centre at the age of 65 years.

Ernestine was predeceased by her children: Lawrence and Koni Dion, grandchild: Skylee Dion, parents: Peter and Victoria Dion, siblings: Henry and Albert Dion, and her stepsons: Joseph, Chris, and Lewis John, and Warren Shirt, and son in law: Blair Badger.