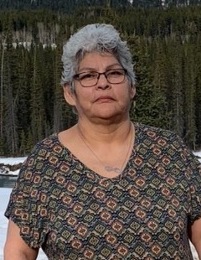 Please share a memory of Pauline to include in a keepsake book for family and friends.
View Tribute Book

On Sunday, July 10, 2022 Ms. Pauline Julia Cardinal of Elizabeth Metis Settlement passed away at the age of 52 years.