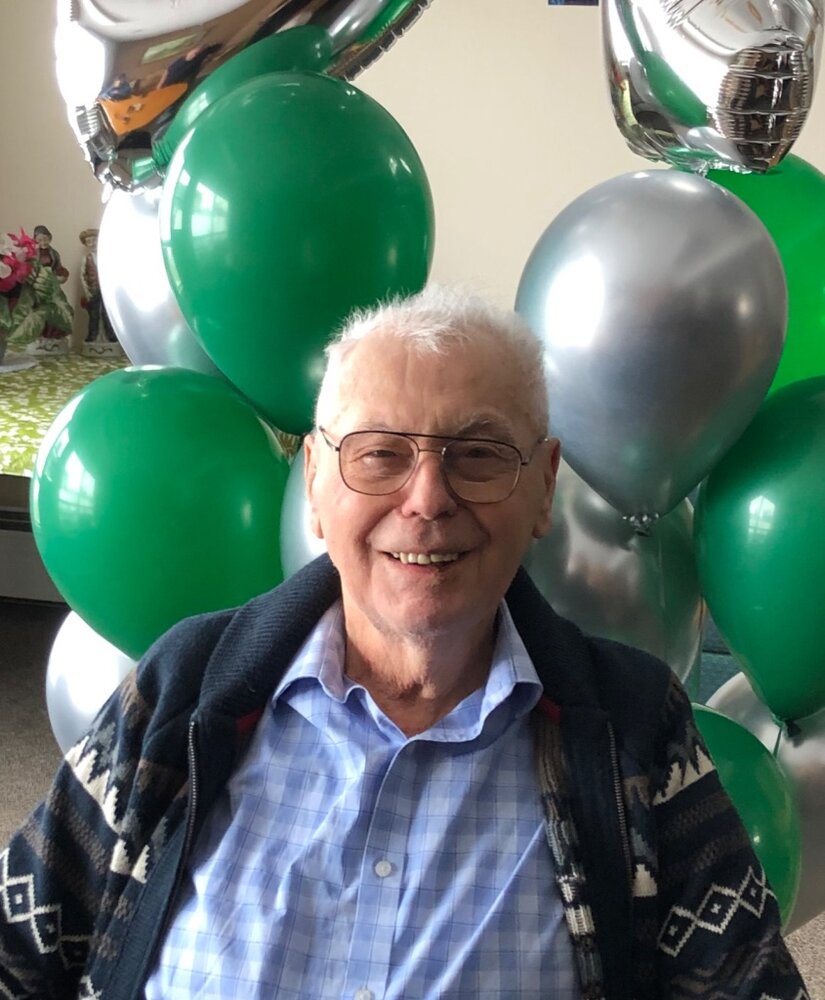 Please share a memory of Victor to include in a keepsake book for family and friends.
View Tribute Book

Victor was predeceased by his parents: John & Mary Lisitza; and seven siblings. The Service of Remembrance is Saturday June 4, 2022 at 2:00 p.m. at Northern Lights Funeral Chapel, Cold Lake, Alberta.

Victor was born in Wakaw, Saskatchewan on March 20th, 1931. At an early age he moved from Wakaw to the farm north of Carragana, Saskatchewan. He always said that his life really began when he met the love of his life, Marcia. They were married on November 30, 1954. Victor was first and foremost a family man. He often said that he was the richest man in the world, not in terms of money, but in terms of his family. His family meant the world to him. He made sure to find a connection with every single one of his grandchildren and great grandchildren. From an early age, Victor was fascinated with flying. It took him a few years, but when the opportunity presented itself, he got his pilot’s license, then continued on to get his commercial pilot’s licence certification. He owned several airplanes throughout his flying years. While farming and running a business he found the time to start a flying club in Porcupine Plain, where a few flying enthusiasts in the area were able to take flying lessons (including 3 of his 4 children). Victor never had the opportunity to complete all his schooling, but that never stopped him from being a lifelong learner. He was a dedicated reader and had extensive knowledge on many subjects. Later in life he completed his carpentry diploma and finished top in his graduating class. Victor farmed for many years, but he was also an entrepreneur. His love for the outdoors and hunting, made the choice in business ventures easy. For many years he built and ran the family business of Aero Sports Centre, where Ski-doo, Honda, Mercury, Argo, and other products were sold and serviced. Victor loved music and singing along to his favorite songs. You could count on him to bring along his karaoke machine to the annual Family reunion.

He will be greatly missed and will be in our hearts & memories forever.

Copy and paste the link below to view the service

Look inside to read what others have shared
Family and friends are coming together online to create a special keepsake. Every memory left on the online obituary will be automatically included in this book.
View Tribute Book
Share A Memory
Plant a Tree