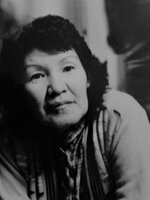 It is with saddened hearts that the family of Elise Charland of Cold Lake announce her passing on Saturday, January 22, 2022 at the age of 80 years.